Language stands alongside, or perhaps above, architecture, flags and literature as an emblem of nationhood. The relationship between language and a nation is a fundamental one, as language is often used in the very creation of nations. Multi-linguality presents a major challenge for the natural language processing tasks. In a multilingual country like India, information is spread across languages. Millions of people would like to access relevant digital content in their native languages. This creates the need for a framework which can facilitate information sharing across languages.

Intensive standardization efforts of TDIL Programme of MeitY for storing Indian Languages in UNICODE, Indic layout requirements on Web in W3C, Inscript Keyboard layouts for inputting Indian Languages on Desktop as well as Mobile have enabled interoperable and searchable web across browsers and independent of operating systems. Indian Language toolkits were made available for 22 Indian Languages which facilitated word processing, spreadsheet, e-mailing, presentations, and web browsing in Indian Languages. The basic research in the areas of machine translations, optical character recognition, speech technologies was carried out and technology demonstration systems established the feasibility of upscaling these leveraging AI technologies. These efforts drove us to conceptualize the Mission for removing the language barrier across India. 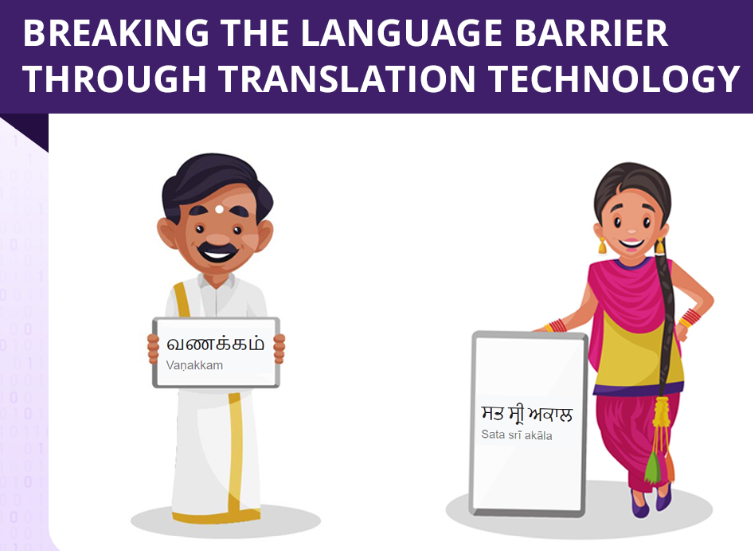 The Mission on Natural language Translation was proposed by Prime Minister’s Science, Technology and Innovation Advisory Council (PM-STIAC) after the deliberations with the stakeholders. The Mission was announced by the PSA on 6th March 2019. The Mission aims at removing the language barrier among the Indian languages using technology. The Mission is to be led by MeitY. MeitY will leverage the research initiatives undertaken through its TDIL Programme to implement this Mission. The budget, 2021 announcement for setting up this Mission is as announced by Hon’ble Finance Minister as below:

"We will undertake a new initiative – National Language Translation Mission (NTLM). This will enable the wealth of governance-and-policy related knowledge on the Internet being made available in major Indian languages,"

To harness Natural Language Technologies to overcome the language barrier through the use of a Public Digital Platform, achieving the goal of ‘One India’ in the digital landscape and contribute towards ‘AatmaNirbhar Bharat’.